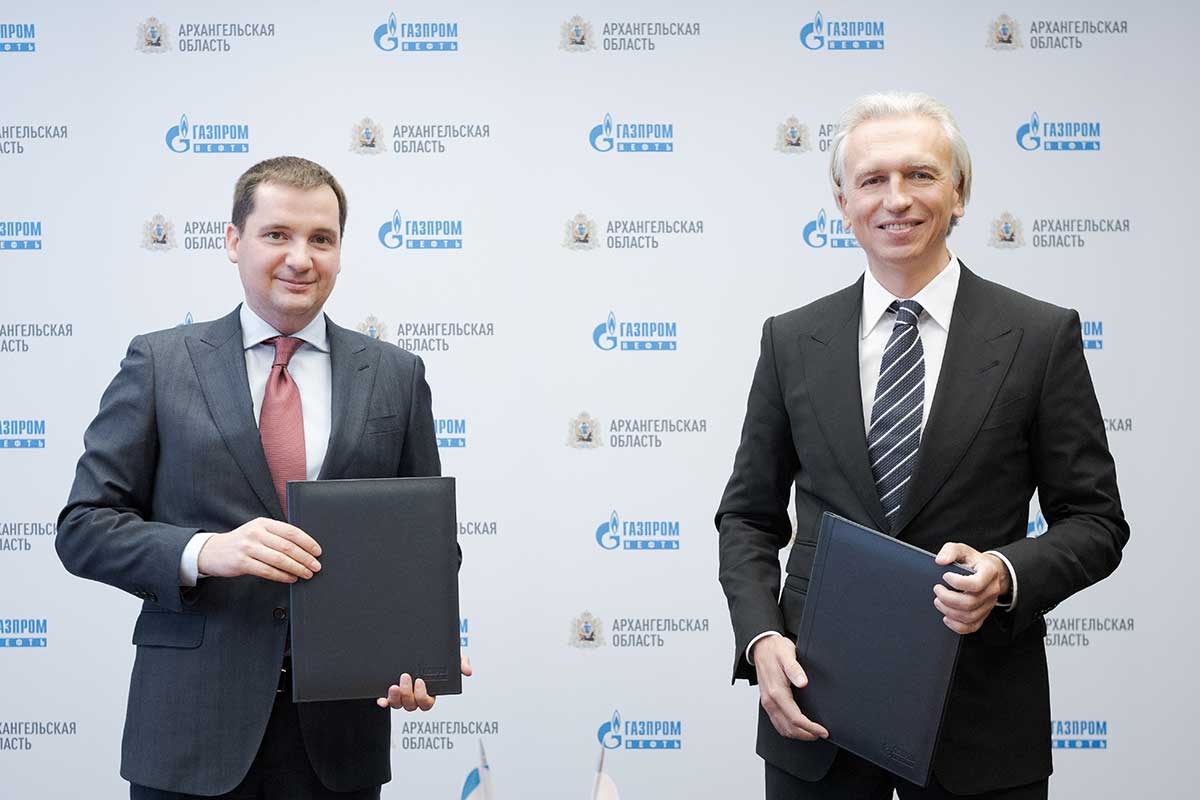 The company has already demonstrated successful cooperation in this region: over the past few years, some of the largest companies in Arkhangelsk Region have started to use oils produced by Gazprom Neft and thus reduced their costs for purchasing lubricants by 15%. Under the new agreement, Gazprom Neft will increase the supplies of high technology products and extend the range of consumers among regional energy providers, companies providing housing and public utilities and industrial enterprises. According to the agreement, Gazpromneft-Lubricants will supply modern oils.

Chairman of the Management Board of Gazprom Neft, Alexander Dyukov:

“More than 30 constituent entities of the Russian Federation have already joined the program offered by Gazprom Neft and aimed at import substitution of lubricants and technical fluids. Participation in this program will allow regional enterprises to reduce their costs for purchasing high technology oils and at the same time increase the performance and reliability of the equipment. We have already entered into cooperation with some companies in Arkhangelsk Region, but signing an agreement with the regional government means taking this cooperation to a new level. I am sure that municipal enterprises in this region will duly appreciate this individual approach to the needs of each client, which has been demonstrated by Gazprom Neft”.

“The economic structure of our region explains our interest in the Gazprom Neft products, which is demonstrated not only by the primary consumers of engine oils, i.e. logging companies having extensive vehicle fleet, but also enterprises operating in electrical energy, as well as the shipping industry. We believe that due to the partnership with one of the leaders in the domestic market of engine and specialized oils we can supply high quality products to the regional enterprises, replace expensive foreign equivalents and optimize the costs incurred by regional businesses”.

The Gazprom Neft program aimed at import substitution of oils and technical fluids has been in force since 2015. Modern high technology lubricants produced by the company have been certified by such international associations as ATIEL and API and meet the requirements set by the world’s largest manufacturers of cars and industrial equipment. As part of the regional agreements, the specialists from Gazprom Neft provide assistance in selecting engine oils in view of the existing specifics and requests of each program participant. Through an integrated approach and replacement of foreign products the regional enterprises gain additional economic benefits by meeting all requirements presented by the equipment manufacturers.

Gazpromneft-Lubricants is a subsidiary of Gazprom Neft focusing on the production and marketing of oils, lubricants and technical fluids. Founded in November 2007. Their products are manufactured at 6 sites in Russia, Italy and Serbia. The company’s products are consumed by the largest industrial enterprises. The product range includes 700 oils and lubricants intended for all market sectors (more than 2,800 commodity items). The company also manufactures and sells marine oils. Gazpromneft-Lubricants holds 23% of the Russian market of packaged lubricants and operates in 80 countries. The company’s products have more than 400 approvals from the leading equipment manufacturers: KAMAZ, BMW, Mercedes-Benz, Volkswagen, Volvo, Renault, General Motors, Cummins, MAN, ZF, Bosch Rexroth etc.

API - American Petroleum Institute. It is one of the credible commercial organizations which plays a leading role in the classification of engine oils and setting the relevant requirements.